As we develop our grounds, we've been delighted to win several awards: 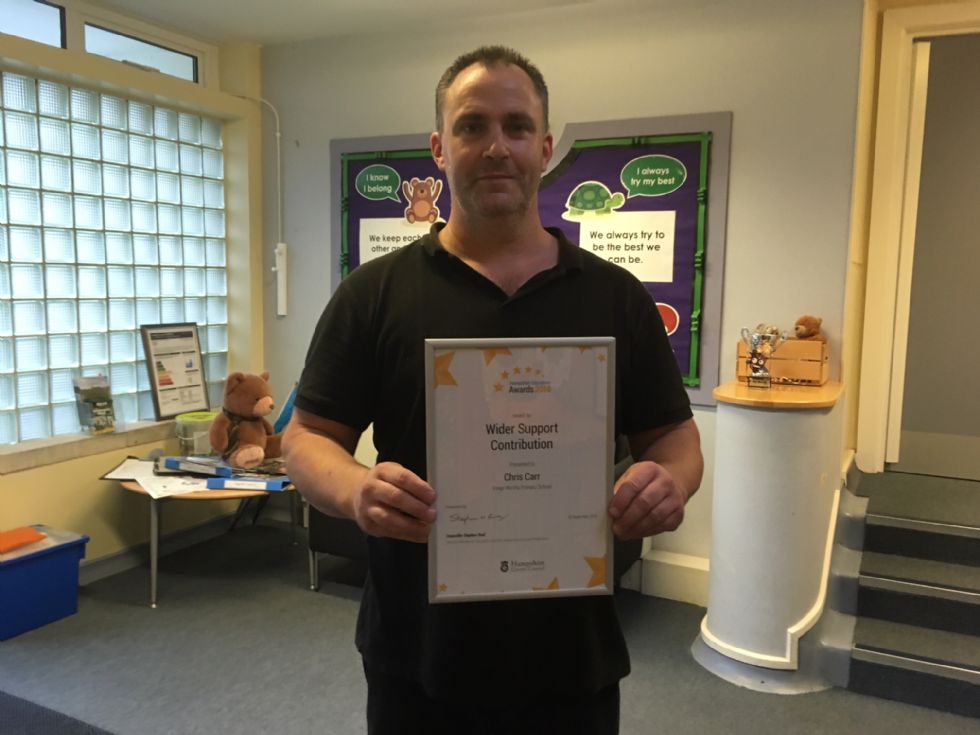 September 2017 - Our Woodland Walk won the Young People category of the CPRE Hampshire Countryside Awards 2017, sponsored by Steve's Leaves.  The judges said, "The Learning Through Our Grounds project at Kings Worthy Primary School makes the most of the school’s unique grounds for enhancing both the curriculum and the children’s awareness of the outdoor world. The project brings history lessons to life through interactive replicas and provides a hands-on working space for the children to plant and nurture." 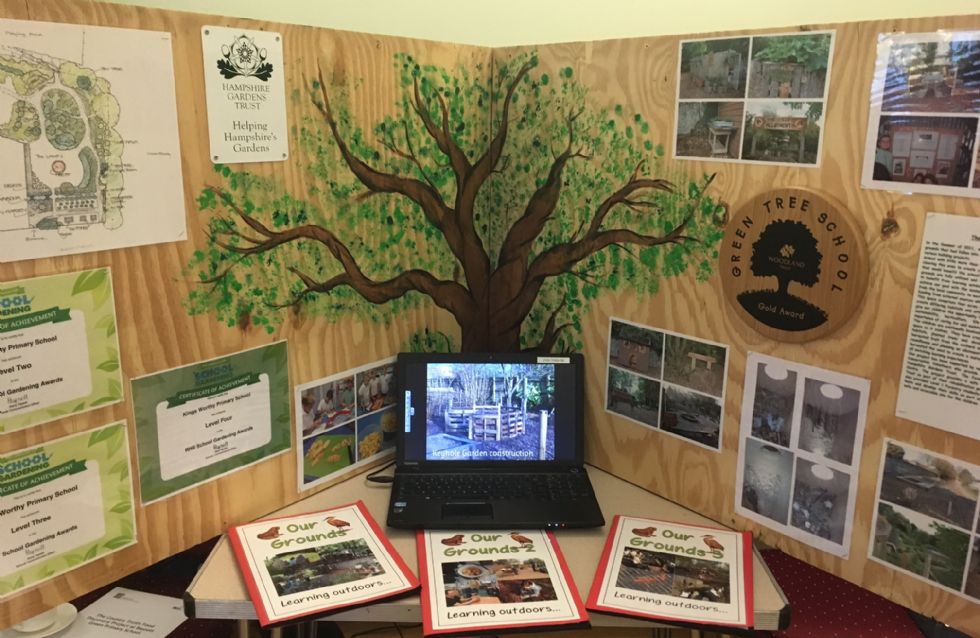 Chris Hall, Managing Director at Steve’s Leaves said: “Having been a previous runner-up in the Countryside Awards, the judges were delighted to see Kings Worthy Primary School enter for a second time, bringing a number of new initiatives to their attention.  These included a Celtic Roundhouse, Anderson Shelter and “Dig for Victory” garden all of which have been developed sustainably and enable the children to learn about self-sufficiency. The pupils at the school demonstrated their appreciation of the countryside and enthusiasm for sharing their knowledge and experiences with the wider world via the internet.” 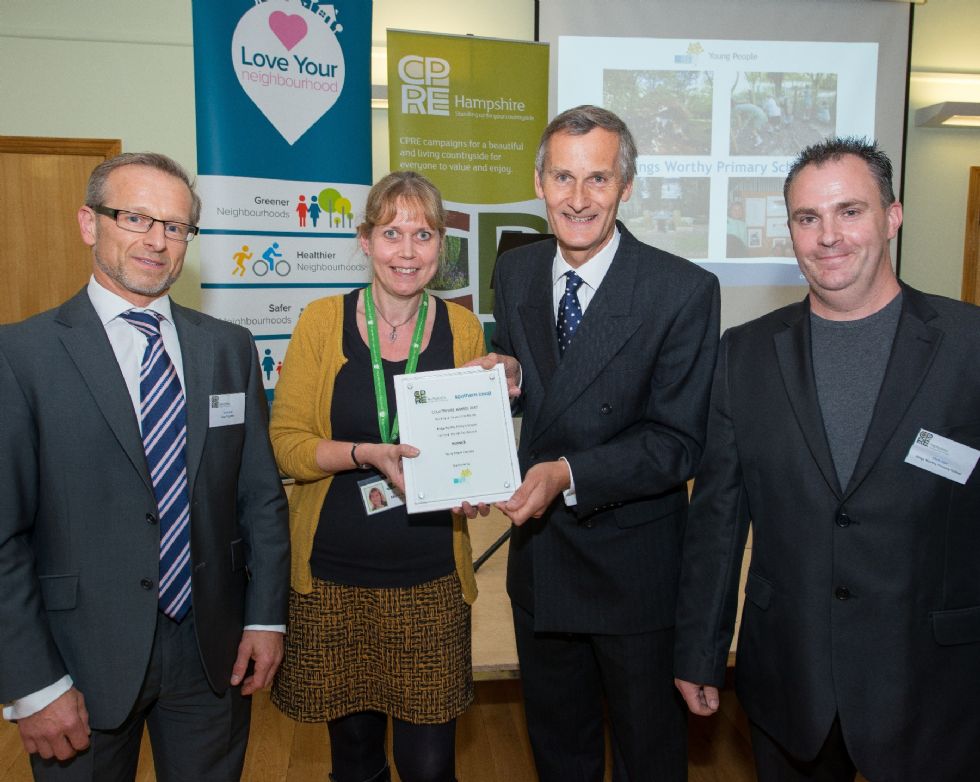 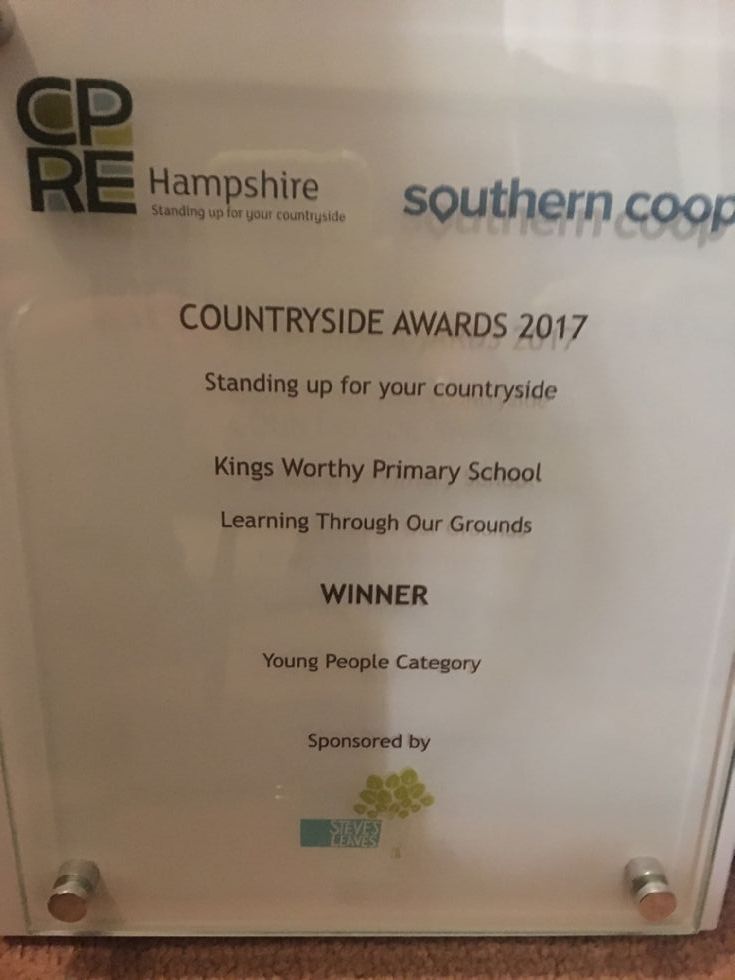 March 2016 - Chris Carr was nominated for a Mayor of Winchester’s Community Award in recognition of his work in our school grounds.

November 2015 - We achieved Level 4 of the RHS awards for our development of our eco key-hole garden. 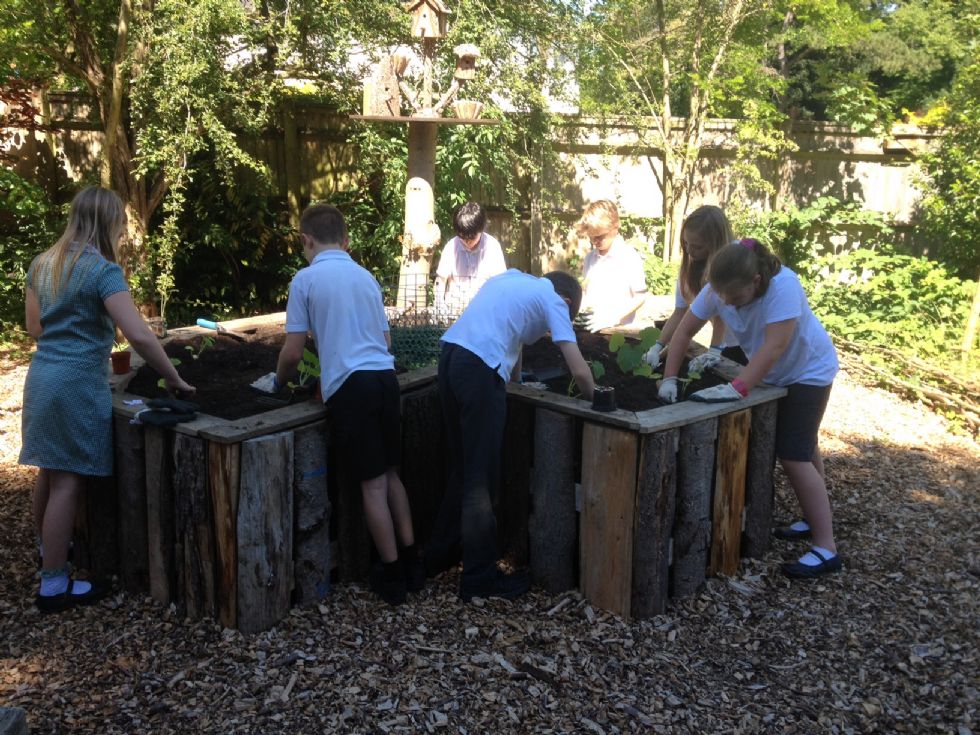 July / August 2015 - We achieved Level 2 & 3 of the Royal Horticultural Society awards.  Gardening Club helped to plant hanging backets and a new flower bed at the front of the school, and we created a new allotment with raised beds on an unused area of ground. 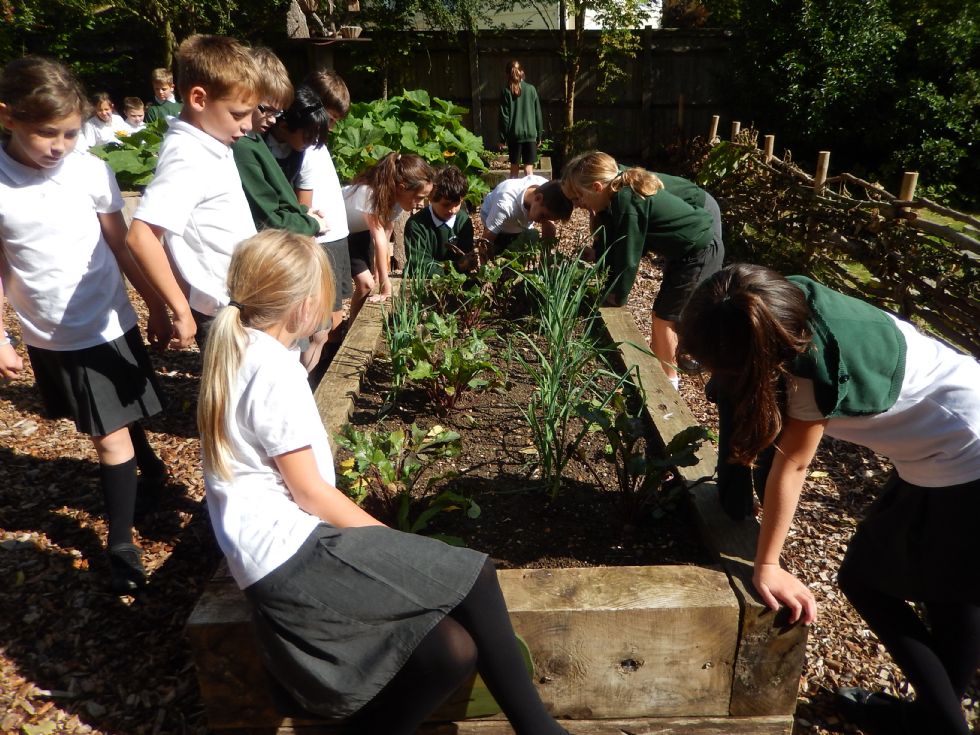 April 2015 - Chris Carr receives the Peter Maunder trophy from Hampshire Gardens Trust in recognition of an outstanding contribution to school gardening from a school in receipt of a HGT grant. 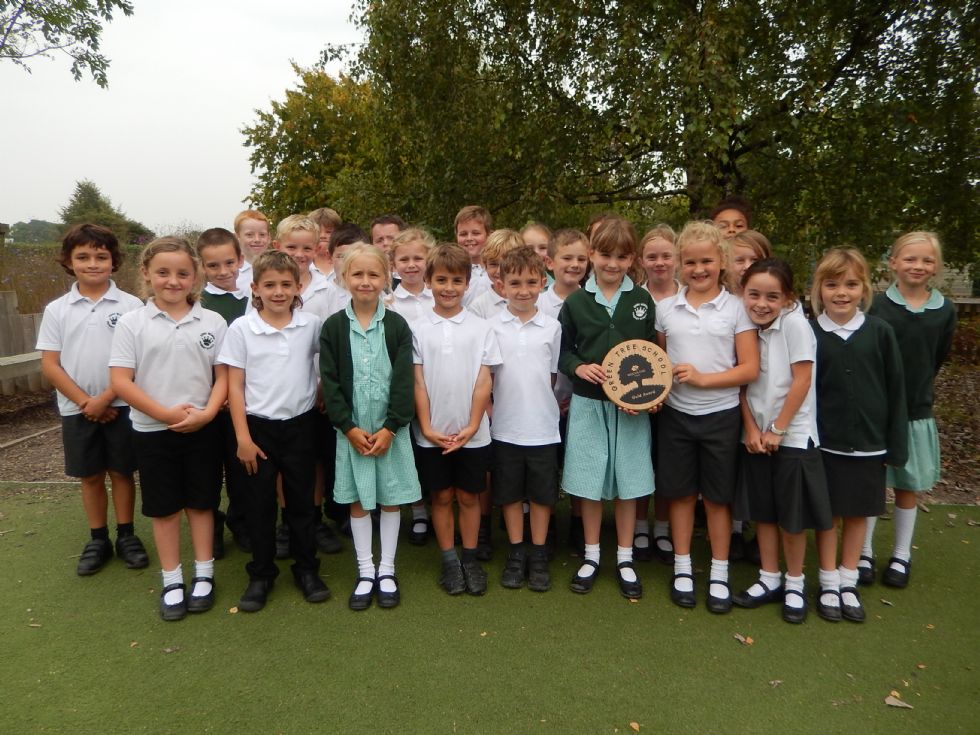 We achieved Level 1 of the Royal Horticultural Society awards and were highly commended in the 2014 CPRE Hampshire Countryside awards.